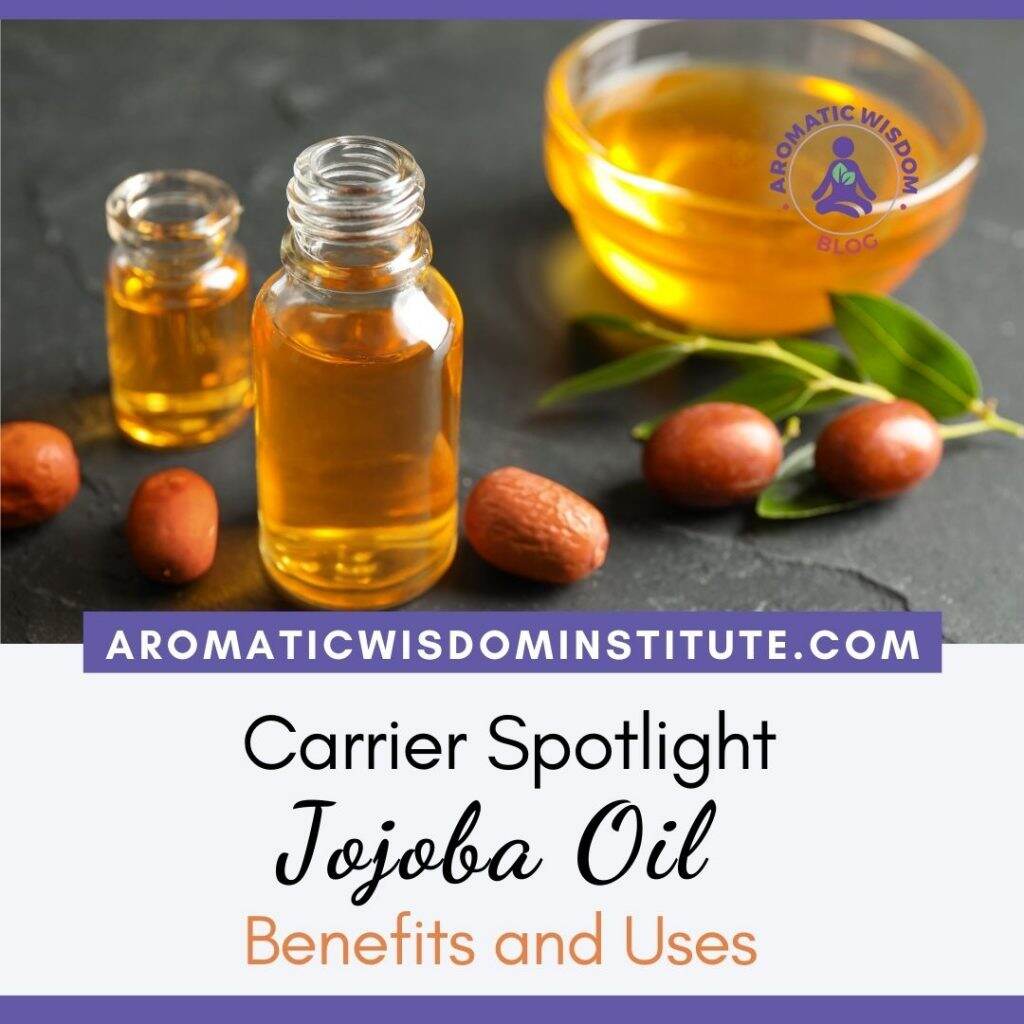 If you could have only one carrier oil to use in your aromatherapy practice or personal care products, I would strongly suggest organic Jojoba wax.  It is versatile, safe, non-toxic and highly stable making it the most popular carrier oil used in aromatherapy today.   We use it in every class at the Aromatic Wisdom Institute for everything from massage blends, to body butters to foaming hand soap.  I even use it at home to polish my wood furniture!

Because of its high compatibility with the skin, Jojoba is considered to be an excellent addition to skin care products for every skin type.  Commercially, it’s used in hair shampoos and conditioners, soaps, face and body creams, lotions and lipsticks.    Interestingly, though Jojoba oil is traditionally thought of for dry skin, it’s also great for oily skin because it mimics our natural sebum.  Both my sons use Jojoba as a moisturizer in their faces in the winter, though both are prone to oily skin.

Below is a wonderful video by The Jojoba Company that shows how the Jojoba beans are
expeller pressed to produce this amazing golden carrier.

Success! Now check your email to confirm your subscription.