Who is Liz Fulcher?

“For many years I worked for the United Nations in Rome. In 1991 I had my second son, Gianluca, in a clinic where babies were massaged shortly after birth. Can you imagine? My tiny bundle was less than one hour old and the nurse was instructing me to put oil on my “neonato” and give him a massage. I’ll admit, I had my doubts. Massage? Can you do that to babies? I thought it would snap his bones or stretch him out of shape. I was assured that not only was it not harmful, but it would also be great for my little man.

The nurse handed me an unlabeled amber-colored bottle full of thick golden oil that was rich with a sweet, clean fragrance. She proceeded to show me how to gently knead and stroke my son’s tiny wriggly body and his response was immediate. He became quiet, yet alert, and made continual eye contact with me. What powerful bonding

And that oil… Ohhh that oil!

There was something transformational about it. Within minutes of massaging my son, we both become calm and quiet. In fact, the whole had an environment of fragrant, hushed serenity. After three days in the clinic and twice daily massages for my son, I finally asked, “What is in this bottle?!” I learned it contained an infusion of Calendula flowers combined with Roman Chamomile essential oil (Anthemis nobilis).
I have since discovered that Roman Chamomile has chemical constituents that act as a natural sedative. It’s also effective for infants when they are colicky or irritable. Whereas Calendula officinalis has plant pharmacology that is, among other things, anti-inflammatory and used for soothing irritated tissue. What a revelation!

I asked the nurses where I could learn more about essential oils and was lucky to find an “erboristeria” near my office and made friends with the proprietor. For years, I would visit the shop when we had a health issue at home and she would guide me to the correct essential oil, dosage, and method of application.

When I returned to the United States in 1996, I began formal training in aromatherapy with many teachers and schools and in 2010, opened the Aromatic Wisdom Institute.

What a journey it’s been! You never know how the Universe will present your life’s path to you.

I’m so grateful I followed my path and now, nearly 32 years later, I’m still fascinated with aromatic plant medicine and passionate about teaching others how it can benefit them, as well.

I look forward to meeting you on your journey! 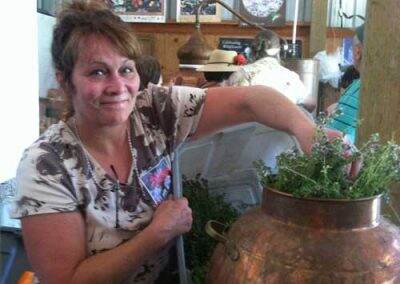 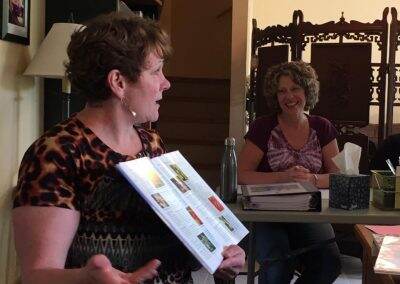 If you have questions about our courses, or aromatherapy practitioner training, or have ideas for new training, please let us know!